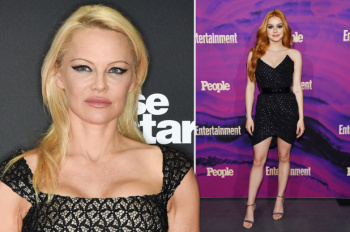 Speaking from personal experience, Anderson sympathized, “While we all read our comments and are happy when we receive praise and devastated when someone is mean. And we want to defend ourselves. It’s a waste of energy to engage.”
END_OF_DOCUMENT_TOKEN_TO_BE_REPLACED