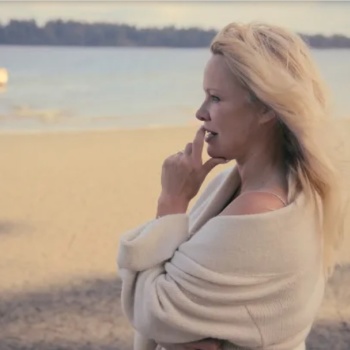 Pamela Anderson is ready to show the world the truest version of herself.

The 55-year-old actor is set to release a memoir on Jan. 31 called “Love, Pamela” detailing Anderson’s rise to fame through storytelling and original poems.

According to the book’s description on publisher HarperCollins’ website, Anderson will explain how she “lost control of her own narrative” as her life was dissected in tabloids and invasive paparazzi photos.

“Fighting back with a sense of grace, fueled by a love of art and literature, and driven by a devotion to her children and the causes she cares about most, Pamela Anderson has now gone back to the island where she grew up after a memorable run starring as Roxie in ‘Chicago’ on Broadway, reclaiming her free spirit but also standing firm as a strong, creative, confident woman,” the description states.

In an interview with People published on Jan. 15, Anderson credits her sons Brandon, 26, and Dylan, 25, for encouraging her to open up about her past. Anderson shares both children with ex-husband Tommy Lee.

“(There’s) a little bit of anxiety before it comes out, because this has been a year, basically, of therapy, going through my life from my first memory to my last memory,” she shared with the publication. “I’m really proud of it. It is something I wrote every word of. I didn’t have a collaborator. I didn’t have any ghostwriter, nothing.”

Anderson said her sons were “excited” for her to write her book.

“They both were like, ‘Mom, you’re going to need help to write this book,’ and I said, ‘No, I can write this book myself,’” Anderson shared. “They were shocked that I pulled this off.”

Her memoir will hit bookshelves the same day her Netflix documentary, “Pamela, A Love Story,” arrives on Netflix.

On Jan. 10, the streaming platform dropped a trailer for the film. The memoir and the documentary will be released one year after the premiere of Hulu’s “Pam & Tommy,” which starred Lily James and Sebastian Stan as the former couple. The series focused on the start of their relationship and how the couple’s sex tape was stolen and leaked to the public.

“I blocked that stolen tape out of my life in order to survive and now that it’s all coming up again, I feel sick. I want to take control of the narrative for the first time,” the “Baywatch” star says in the documentary trailer.

In the video, Anderson’s image is referred to as “public property” as she opens up about not feeling respected in the industry.

But she’s “not the damsel in distress.”

“I put myself in crazy situations and survived them,” she says.

During a recent interview with The New York Times, Anderson spoke about her upcoming releases and confirmed she did not watch “Pam & Tommy.”

She also revealed that she did not read a handwritten letter James had sent her discussing the role and her portrayal.

“It was already hurtful enough the first time,” Anderson said to The New York Times. “It’s like one of those things where you’re going, ‘Really?’ People are still capitalizing off that thing?”

—
by Jessica
—
No comments
Uncategorized

The real rockstar couple dominated the tabloids with their four-day whirlwind romance and February 1995 marriage. The internet exploded after the couple’s honeymoon sex tape was stolen and leaked to the public.

Rogen is without his trademark beard in the trailer playing Rand Gauthier, the disgruntled employee who stole and distributed the tape.

“I’m on that tape, same as you,” Stan’s Tommy Lee says in the trailer, as the superstar couple work frantically to stop the tape release. “No, not like me you’re not,” James’ Anderson replies.

Anderson and Lee divorced in 1998 following a tumultuous relationship.

Rocker Courtney Love, a friend of Anderson, has been a vocal critic of the Hulu series, calling it “vile” and “outrageous” in May after Stan and James were featured in first look photos.

—
by Jessica
—
Comments are off
Uncategorized 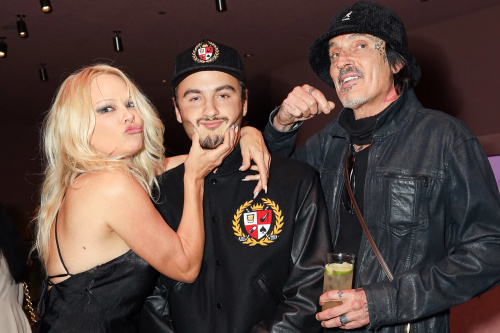