Pamela Anderson is ready for her comeback.

The Baywatch actress, 54, will soon make her Broadway debut as Roxie Hart — a wannabe vaudevillian who murders a man she is having an affair with and becomes famous as a result — in Chicago. The eight-week engagement is set for April 12 through June 5 at the Ambassador Theatre in New York City.

Appearing on Good Morning America Wednesday, Anderson admitted the demanding career move is “unexpected” for her, but said it was time for her to reenter the spotlight.

“It’s good timing. My kids are grown. My kids are my biggest cheerleaders,” she said. “… I feel like it’s time. I need a challenge. I needed to do something. I needed this. I’ve been kind of gone for a while, you know, and I’m back.”

Anderson explained she likes to push herself to the point where she gets the “crazy feeling that you can’t do something and then you surprise yourself.”

“You don’t know what you’re capable of until you try it. So that’s what I’m really curious about is what can I actually do? Because I kind of haven’t applied myself to much in my life, except for my children. This is a really great opportunity for me. I’m just so blessed and lucky. I’m just jumping off the bridge into it and doing everything I can, and I’m surprising myself singing and dancing. The role is fantastic.”

“It’s just unbelievable that anyone even offered me this kind of role, so I’m gonna give it all I have. I’m not gonna let myself down; I’m not gonna let my family down. I feel like this is really a moment for me to shine. I’m doing this for myself, which is rare,” said Anderson.

Looking back at starting her career on TV with Baywatch, she said, “I didn’t know if I was capable of that, now I don’t know if I’m capable of this. But I have a feeling I am. And I’m gonna go for it.”

It’s all “unexpected and much appreciated,” she added.

Other big names who have portrayed Roxie’s dance shoes onstage over the years include Ann Reinking, Ashlee Simpson Ross and Michelle Williams, as well as Renée Zellweger in the 2002 Chicago film adaptation opposite Catherine Zeta-Jones as rival and fellow murderess Velma Kelly.

Anderson will also soon open up about her storied life in an upcoming documentary for Netflix. The project has been in the works for several years.

An official logline for the “definitive” movie calls it an “intimate portrait embedded in the life of Pamela Anderson as she looks back at her professional and personal path and prepares for the next steps on her journey.”

Brandon Thomas Lee and his brother Dylan unloaded their gorgeous Malibu home this week … scoring $3 million for the pad.

According to property records … the remodeled 5-bed, 5-bath house sold Wednesday, and they got their asking price. Tommy Lee and Pamela Anderson’s sons had the 2,634 square foot property on the market for 2 months.

The house — within walking distance of Las Flores Beach — is smack dab in the heart of Malibu, and was renovated from the ground up.

Inside, it’s got lots of new touches and furnishings … including Western doors and windows throughout.

With no houses on either side and a landscaped backyard, this place is perfect to get a tan and some privacy at the same time.

The Lee bros’ home was featured on “The Hills: New Beginnings,” as the show followed Brandon kicking off his career in modeling and acting.

Cooper Mount from The Agency held the listing … congrats to the brothers on their big sale! 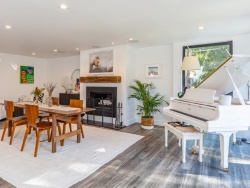 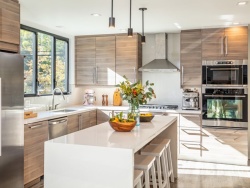 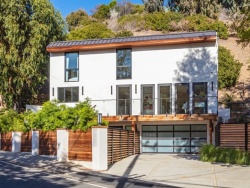 Pamela Anderson is continuing her 2022 career comeback with a coveted new gig on Broadway.

The 54-year-old will make her stage debut next month in the musical Chicago as Roxie Hart, The Associated Press reported on Monday.

Anderson will take on the role previously played by the likes of Erika Jayne and Christie Brinkley from April 12-June 5 at the Ambassador Theatre.

From Baywatch to Broadway. I am inspired by the unexpected,’ Anderson told the AP in a statement. ‘This is it, and I will not hold back anymore. I am letting go. I am ready to see what I’m capable of.’
She added: ‘For Chicago, I’ll be putting all my cards on the table. I am doubling down – on me.’

Adding: ‘The difference between her as Pam and Roxie is Roxie doesn´t care about anyone but herself, and she doesn’t give a damn about the outside world as long as she can be famous. So Pam comes with totally opposite attributes in life, but she fits because of her celebrity, what she´s gone through in life.’

Weissler said he had approached Anderson about the Roxie part over a decade ago, but their schedules didn’t work.

Now that we’re doing it, it’s even more opportune. It’s more timely. She’s really standing for something now – as a professional, as an activist, as a very talented lady. She can surprise a lot of people,’ he said.

‘The woman has acting chops. She certainly can dance, and her singing voice is quite good. So here we go.’
END_OF_DOCUMENT_TOKEN_TO_BE_REPLACED

Page 4 of 52 « Previous 1 2 3 4 5 6 7 … 52 Next »
WELCOME to your #1 source for the world's most recognized blonde, Pamela Denise Anderson . PAO aims to bring you everything Pam, we have the web's largest Pamela Anderson Photo Gallery, the very latest news as it happens, the most active Pam forums, and so much more. Pamela Anderson Online is truly your number one source for the VIP Baywatch Beauty.