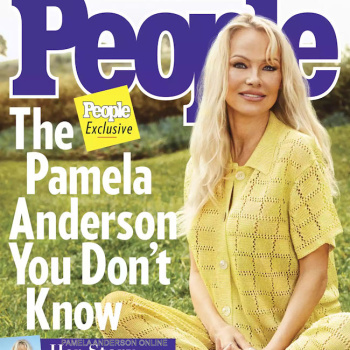 In the early days of Pamela Anderson’s love affair with rocker Tommy Lee, the Baywatch star says, “We just wanted to have babies and be together forever.”

The actress and activist, 55, writes about both their tender and tumultuous moments, and her love for their two sons, Brandon, 26, and Dylan, 25, in her new memoir, Love, Pamela, excerpted exclusively in this week’s PEOPLE. It marks just one of the many chapters of her life explored in the book and in a new Netflix documentary, Pamela, a love story, both out January 31.

As she writes, looking back, “My relationship with Tommy may have been the only time I was ever truly in love.”

Their 1995 wedding on the beach in Cancun (she wore a bikini, he wore board shorts) led to countless headlines and paparazzi chases. At times, their life and love was over the top. “We had fun,” she writes, “and our rule was no rules.”

But the theft of their personal tapes from a safe in their garage, which were then made into a “sex tape” sold by others, increased the tabloid and paparazzi’s relentless pursuit.

“It ruined lives, starting with our relationship — and it’s unforgivable that people, still to this day, think they can profit from such a terrible experience, let alone a crime,” writes Anderson, who has never watched the stolen tape.

With their two young sons at home, the pressures and stress ultimately overwhelmed them, she writes. One night in 1998, she says Lee twisted her arm as she was holding seven month old Dylan, and Brandon played nearby. “Tommy ripped Brandon off me and threw me and Dylan into a wall,” she writes. Panicked, she called 911. Tommy was arrested and served six months in jail. And, as she writes, “Our hell began.”

Anderson filed for divorce; in the months and years that followed, she focused on caring for her sons and finding healing.

“The divorce from Tommy was the hardest, lowest, most difficult point of my life,” she writes in her memoir. “I was crushed. I still couldn’t believe that the person I loved the most was capable of what had happened that night. We were both devastated, but I had to protect my babies.”

Over two decades later, she and Lee “check in, every once in a while,” she says. “Tommy is the father of my kids and I’m forever grateful.”

—
by Jessica
—
No comments
WELCOME to your #1 source for the world's most recognized blonde, Pamela Denise Anderson . PAO aims to bring you everything Pam, we have the web's largest Pamela Anderson Photo Gallery, the very latest news as it happens, the most active Pam forums, and so much more. Pamela Anderson Online is truly your number one source for the VIP Baywatch Beauty.