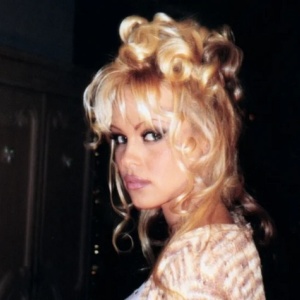 Pamela Anderson will speak her truth. In March, Netflix first announced that the 55-year-old actress “is ready to tell her story in a new documentary,” and on Tuesday, the streaming service shared the doc’s release date along with some rare, candid photos of the star.

Pamela, a love story will premiere on Jan. 31, and is produced by Jessica Hargrave (Ask Dr. Ruth, The Keepers), Julia Nottingham (Kingdom of Us) and Anderson’s oldest son, 26-year-old Brandon Thomas Lee.

The doc promises to be an “intimate and humanizing portrait of one of the world’s most famous blonde bombshells,” and will follow the trajectory of Anderson’s “life and career from small town girl to international sex symbol, actress, activist and doting mother.”

In addition to the release date, new pics of Anderson show her at different stages of her life, including an image of her kissing one of her sons as a baby, another of her rehearsing in a dance studio, and yet another of her looking contemplative while on a beach.

When the project, directed by Ryan White (Ask Dr. Ruth, The Keepers), was first announced, Netflix said in a statement that Pamela, a love story “has been in the making for several years, and will feature the pop culture icon setting the record straight as she looks back on her professional path and her personal journey.”

The initial announcement, which was posted on social media, also included a note from Anderson with a kiss print, which read, “My life, a thousand imperfections, a million misperceptions. Wicked, wild and lost, nothing to live up to. I can only surprise you. Not a victim, but a survivor — alive to tell her real story.”

News of the documentary first came weeks after the release of Hulu’s scripted series, Pam & Tommy, which followed her marriage to Tommy Lee and was promoted as a series that would show another side of the couple’s sex tape scandal and the emotional turmoil it had on their lives, Anderson especially. Anderson is portrayed by actress Lily James, while Lee is played by Sebastian Stan.

Prior to the Feb. 2 debut of Pam & Tommy on Hulu, a source told ET that the “series has been very painful for Pamela Anderson and for anyone that loves her.”

“It is shocking that this series is allowed to happen without her approval,” the source said. “Pamela has no regrets about her life, but the only thing she would probably erase is this burglary. She feels so violated to this day. It brings back a very painful time for her. Tommy feels fine about the series coming out and is excited to see it. He still doesn’t understand how this incident impacts Pamela differently from himself.”
source: ET

Pamela, a love story – Official Trailer
WELCOME to your #1 source for the world's most recognized blonde, Pamela Denise Anderson . PAO aims to bring you everything Pam, we have the web's largest Pamela Anderson Photo Gallery, the very latest news as it happens, the most active Pam forums, and so much more. Pamela Anderson Online is truly your number one source for the VIP Baywatch Beauty.