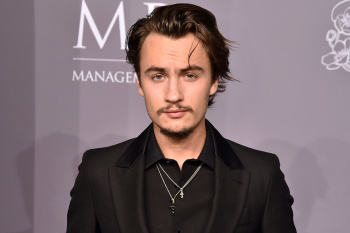 Brandon Lee is the newest addition to “The Hills.”

“The show is very Brody Jenner centric,” the insider said. “The cast is circling around him and his friends.”

Jenner, 32, and Lee, 22, both reside in Malibu, Calif., together. Jenner was an original member of the show, whereas Lee was not.

Lee most recently made headlines for feuding with his father, who he had allegedly attacked in March. Tommy claimed in June that he spent $130,000 on Brandon’s rehab.

Page Six was the first to report that Mischa Barton is also joining the show.

Pamela Anderson Uses Crutches After Leg Injury During Dancing with the Stars France Practice
WELCOME to your #1 source for the world's most recognized blonde, Pamela Denise Anderson . PAO aims to bring you everything Pam, we have the web's largest Pamela Anderson Photo Gallery, the very latest news as it happens, the most active Pam forums, and so much more. Pamela Anderson Online is truly your number one source for the VIP Baywatch Beauty.