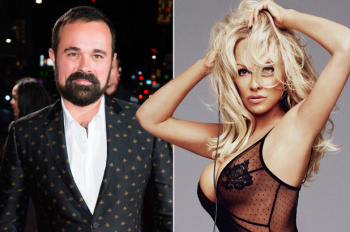 Pamela Anderson Joins ‘Dancing With the Stars’ in France

Pamela Anderson reveals she doesn’t expect beau Adil Rami, 32, to love her if she loses her looks
WELCOME to your #1 source for the world's most recognized blonde, Pamela Denise Anderson . PAO aims to bring you everything Pam, we have the web's largest Pamela Anderson Photo Gallery, the very latest news as it happens, the most active Pam forums, and so much more. Pamela Anderson Online is truly your number one source for the VIP Baywatch Beauty.